Explore the world of Spirituality and Positive Thinking

No matter how much of a cautious driver you are, accidents can and do happen. While you can’t prevent what other drivers do on the road, you can ensure that you keep yourself as safe as possible by investing in a car with a high safety rating.

With the cost of fuel constantly on the rise and a greater interest in protecting our environment, small cars are becoming increasingly popular. Here are ten of the safest small cars – all received a 5 star ANCAP rating in 2012.

The cute Volkswagen Beetle is not as innocent as it looks – it is as tough as nails when it comes to safety. Scoring almost full marks in official crash testing, the Beetle is considered to be one of the safest small cars on the market.

The car features dual front airbags, side airbags and head-protecting side curtains as well as Anti Lock brakes (ABS), electronic stability control (ESC) and electronic brake distribution (EBS) as standard. It is also fitted with advanced seat belt reminders for all passengers.

When it comes to super light cars, the Suzuki Swift is not only compact but it’s safe too. Scoring 35.55 out of a possible 37 in crash tests, it is the highest rated car in the compact car category.

All Swift variants are fitted with dual front airbags, driver knee airbags, side airbags and head-protecting side curtains as standard. As well as ABS, EBS and ESC, the Suzuki Swift has seatbelt reminders fitted to the two front seats.

Related Article:  Why Travel to Australia to Learn English?

The car is also fitted with pretensioners on the front two seat belts to reduce slack in the event of a crash.

The 2012 Holden Barina has all of the standard safety features, including ABS, front, side and curtain airbags as well as pretensioners on the front seat belts. The middle rear seat has a three-point seatbelt, which offers much more protection than the standard lap belts. 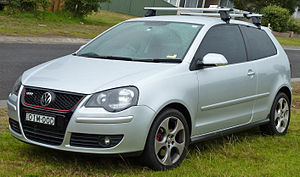 Introduced into Australia in 2010, the Volkswagen Polo has become one of the most popular small cars. Featuring intelligent seat belt reminders on the front seats and three-point seatbelts in all three rear seats, it is a very safe small car. Like all cars with a 5 star ANCAP rating, it has ABS, EBD and ESC as standard as well as dual front, side and curtain airbags.

The Mazda 2, introduced into Australia in 2007, has a great range of standard safety features. With an adjustable steering column, traction control and six airbags, the only notable missing features are fog lamps and active cruise control.

The Honda Jazz is fitted with all the standard safety features, such as ABS, EBD and ESC. As well as six airbags, all models from 2011 onwards have advanced seat belt reminders on all seats – front and back.

Volkswagen’s popular Golf model – which is slightly larger than the Polo – is renowned for its safety rating. The most notable features are the front seat belts, which have been designed to provide enhanced comfort and fit. The buckles are mounted onto the seats and the upper anchorages are adjustable.

Related Article:  How to make your work space comfortable

The world’s most popular hybrid car, the Toyota Prius, is as safe as it is earth-friendly. It has all the possible safety features recommended by ANCAP, including active cruise control and fog lamps as well as an optional Pre-Collision Safety System in the iTech model.

The 5-door hatch Hyundai i20 (as well as its larger counterpart, the i30) has been in Australia since 2010. Not all variants have the 5 star safety rating, so look out for the ones that have six airbags as opposed to two for the maximum safety.

The car that is probably most famous for its large derriere, also fares well in the safety stakes. The diesel version of the car has a higher rating than the petrol one. The two front seats have intelligent seat belt reminders as well as pretensions to reduce slack during a collision.

Arnold Morgen graduated Stanford University. He is passionate about cars, especially Chevy Corvette. He loves to be up to date with the latest car models and trends.

Designer Interiors and the Lived-In Home: What Defines a Living Space?

Explore the Outdoors and Stay Fit with Perfect Cycling Clothing

Tips for Starting an Outreach Program for Teens

How to Raise Money for Your Congregation

How to Be a Source of Inspiration for Students

The Benefits of Determining Goals

How to Raise Money for Your Congregation

How to Be a Source of Inspiration for Students

The Benefits of Determining Goals